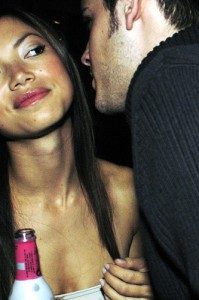 Ok so before you read these… just be aware that they are the absolute worst pick up lines you will ever read and have actually been used by some disgruntled guy in the past, so make sure you NEVER use them in public.

1. You remind me of a parking ticket…

Because you’ve got FINE written all over you. If you ever say this to a girl and she responds well, you should marry her that day. Good luck with this one!

Because if I were him, I’d lock you up in the basement girlfriend! Oh dear. Some guys have actually used this, in a desperate last ditch attempt at attracting some poor unsuspecting females. It’s possible this line can get you in trouble if said to the wrong girl and rightly so, you deserve the worst possible rejection if you say this.

Not only is this one of the worst pick-up lines you can use on someone, it’s also one of the creepiest. Not many guys (unless they are ! list celebrities) would be able to pull this off, so don’t even think about using it.

4. You got a MySpace page or something?

Again, like ‘The Game’, this isn’t 2006. Nobody stays in touch on MySpace anymore – unless you’re the type of person who’d use the above pick-up line.

‘I hang out in creepy places. I’m assuming that, by the look of you, you are a fine upstanding woman and shouldn’t be associating with us dreck. You should be on a gilded couch somewhere, being drawn by a man whose handlebar mustache is essential to his job.’

This might’ve been a great pick-up line to use when people cared about disco and maintaining a sense of naturalness. Now it’s one of the worst.

Maybe we can go home, add the bed, subtract the sheets, divide the legs, and multiply.

Screams one of two things – either I’m in second grade or I get my pick-up lines from the internet. Along with several other creepy things you won’t around long enough to find out. (Taxidermy.)

This one would have a chance of succeeding, if she hadn’t heard it in other incarnations twenty other times that day.

Your daddy must’ve regretted having a son who can’t think of good chat-up lines. It makes no sense and should be removed from your mind immediately.

This goes up in the hall of fame when it comes to the worst pick-up lines ever. Not only does it make you look like a tool, it’s unimaginative, cheesy and creates zero attraction with the girl. 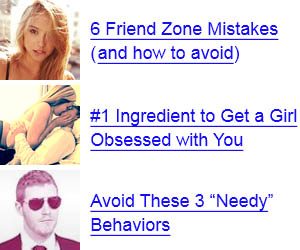